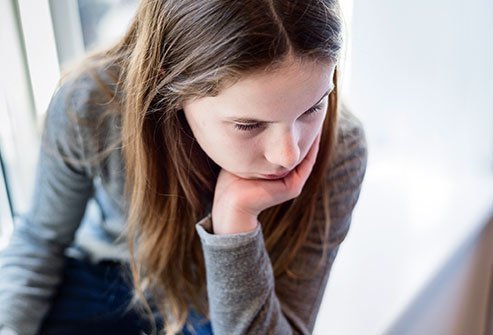 One of the difficulties facing the healthcare business is the fight against women’s mental health. For starters, serious disorders such as schizophrenia, bipolar disorder, depression, and anxiety can be difficult to diagnose. Perhaps the most significant barrier to treatment is the societal stigma associated with mental illnesses. In part due to women being more vulnerable to many prevalent mental health conditions than men, patients’ refusal to seek treatment for mental health disorders has a disproportionate impact on women.

When it comes to mental illness, can gender make a difference?

In women’s mental health studies, biological factors have been demonstrated to play a role in the development of mental disorders. In reality, it is a crucial element in one’s psychological health and the onset of mental illnesses. Their serotonin levels are lower, resulting in mood swings because women absorb the chemical faster than men. In addition, females are more prone to hormonal fluctuations than males. Certain mental health problems may be caused by biological variations.

Women’s Mental Illness and Some Factors Affecting It

Women are influenced by societal forces and values in addition to gender. Women have had a long legacy in the society of being treated as second-class citizens in the home, with all of the primary responsibilities for raising children and caring for the mental health of elderly women. According to American Center on Behance, with women holding increasingly important positions and men staying at home to care for children, women still endure enormous stress, despite the fact that gender roles have altered in our society. Stress can lead to depression and panic attacks.

Persistent negative sexualization can impede the development of healthy female self-esteem and self-image, according to the American Psychological Association. Women’s mental health can be negatively impacted by these factors, which can lead to depression, anxiety, guilt, and stress.

Brutality and stigmatized harassment are two additional elements that contribute to women’s mental health issues, in addition to sexualization. One out of every five women has been the victim of rape or attempted rape, according to studies, and females are more likely to be sexually abused. During civil wars and violent conflicts, women make up an estimated 80% of the casualties. Consequently, it is predicted that between 16 and 50 percent of women will experience violence in their lifetime.

Every patient in stress management in Abu Dhabi has their own personal experience with women’s mental health, whether male or female, old or young, wealthy or poor. Despite the fact that the symptoms and effects of certain women’s mental health illnesses are comparable, women confront unique challenges than males when it comes to how they perceive and interpret symptoms and how treatment approaches are developed.

Some of the most common mental disorders that affect women include:

Depression affects twice as many women as it does males, with 13% of women and 6% of men suffering from it. Depression is an overpowering sense of sadness or melancholy that can be cyclical (lasting days, weeks, or months) or chronic (lasting months or years) (persistent depression). Symptoms include a loss of interest in everyday activities, changes in appetite, and a sense of worthlessness. Depressive illnesses that can impair women’s mental health include major depression, bipolar disorder, postpartum depression, and major depressive disorder.

The following are some other brief information about depression:

Panic disorders include general anxiety disorder (GAD), phobias, post-traumatic stress disorder (PTSD), and social anxiety. GAD and specific phobias are more prevalent in women. As a result of or in conjunction with other illnesses such as depression or opioid abuse, panic disorders can occur.

Eating disorders are exacerbated by the societal influences mentioned before. Women’s sexualization has a crucial role in the development of low self-esteem, low self-confidence, and negative body image issues. Therefore it’s no surprise that they feel so much pressure to be physically perfect because women’s weight has always been a scrutinized and pedestalized aspect of their lives.

This disorder is described by a person’s extreme anxiety over the perception of a bodily imperfection in a woman’s mental health condition, according to the Cleveland Clinic. Body dysmorphic disorder (BDD) patients are constantly seeking reassurance about their looks and feel “ugly” to the point of seeking medical help. As part of this treatment, plastic surgery to remove whatever is perceived as a physical fault can be used.

Both men and women are affected by the disorder, but social expectations connected to physical beauty can make it even harder for women to overcome their mental health issues. Because of their fixation with their appearance, people with BDD might struggle to perform at work, at home, and in public interactions. The most prevalent physical traits of concern to BDD sufferers include blemishes and other skin problems, hair all over the body (or the lack thereof), and the form and size of particular facial features.

Seek help from a women’s mental health clinic immediately if you or someone you care about suffers from a mental illness. Whatever your justification for postponing treatment for a women’s mental health condition, either because it’s “not the appropriate time” or because you’re ashamed or terrified, understand that the sooner you get treatment, the sooner you can begin a fresh life free of your disease’s restrictions.

The practitioners at the American Center for Psychiatry & Neurology are highly qualified and caring individuals who understand how mental illness affects your life. For assistance, call +(971-2)-697-9999 right now. If you’re worried, don’t be since you can learn more about women’s mental health at any moment. 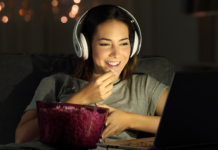 Tips on How to Binge watch In a Positive way 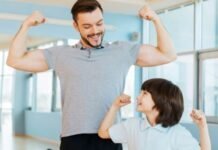 The surprising health benefits of binge-watching