Home security is important. Although thefts and break ins became less common during the early pandemic, they are on the rise again now that people feel comfortable leaving their homes at night. Here are 4 kinds of technology useful for home security.

Closed Circuit Television was invented by the Nazis in 1942 as part of their efforts to develop ballistic missiles that could hit the United Kingdom from occupied France. Although it had military and aerospace applications from that moment on, it was not really used in the security field until the 1970s. CCTV use exploded in many countries after the events of September 11th 2001, when they were employed by local governments to combat a perceived terrorist threat while also reassuring civilians that they were combating crime.

It was not until very recently that CCTV became available to private homeowners in an affordable way. Wireless internet and cheap camera technology have made CCTV systems much cheaper than ever before. Modern home protection CCTV systems can be monitored remotely so that property owners can check on their homes from their mobile phones or on work computers.

Most thieves won’t touch a property if they believe that there are occupants inside or that they will be caught in the act somehow. Sensor spotlights are very simple and effective ways to deter potential burglars. They connect to light-based motion sensors. When a person approaches a porch or garage door, the sensor detects their movements, sends the information to a spotlight and triggers the illumination of the chosen area. Determined thieves or thieves desperate enough to take great risks will not be put off by this kind of system, which may need to be backed up by other measures.

Smart doorbells are in vogue as home security devices at the minute. The principle behind them is very simple, and not so different from a high-tech peephole. When a person rings your doorbell, video footage taken from a small camera in said doorbell is live streamed over the internet to the property owner’s phone. Using this footage, they can decide what kind of action they need to take. Although this technology does not stop thieves, it can deter them due to the risk of identification. Home security companies like US Protective offer smart doorbell solutions that link up with other security devices. Check out their website to see how: https://usprotective.net/residential/.

A deadlock, otherwise known as a dead bolt, is a simple way of ensuring that your home cannot be broken into by simply prizing the lock of the front door open. Most simple locks are spring loaded. This is very convenient because they automatically close upon exit or entry. Unfortunately, this also means that they are very easy to jam open. Deadbolts do not automatically close. Instead, they must be locked manually every time a door is opened or closed. The bolt is locked in place and held firm with solid metal instead of a spring making it harder to move with the kind of tool regularly carried by thieves. 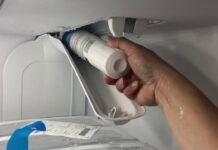 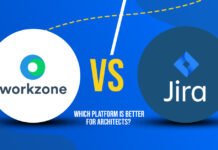 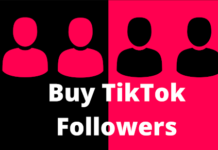 How to Get the Most Wanted on TikTok: A Quick Guide