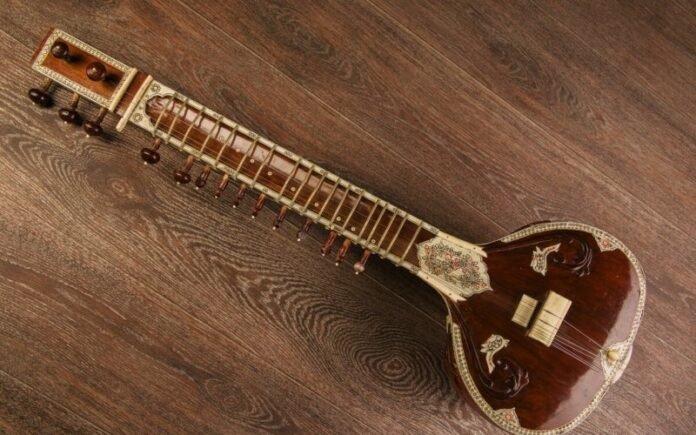 Sitar is the most exquisite in its sound and esoteric in its rendition. It takes quite a toil to woo this string instrument from India. But if you can master it, you will dwell in its excellence and cherish its richness all your life. Students who have enrolled in online sitar lessons have a taste for it.

It takes years and dedicated hours of practice to get the correct intonation on the sitar. Before you get the musical notes on your fingers, you should have them in your ears. And the only thing that can help in this regard is listening to the renditions made by the best sitar players. Listening to music is a significant part of the self-practice session. At the same time, it is also significant that you listen only to the correct renditions.

You should choose your playlist with a lot of care. Because getting the notes wrong in your ears will impact your performance. Keeping this in mind, we have selected a list of celebrated sitar players. Their renditions give the true essence of music through this instrument. So let’s get started.

The daughter of legendary musician Allauddin Khan, Annapurna Devi is one of the most revered sitar players from India. She has trained experts like Pandit. Hari Prasad Chaurasia and Pandit Nikhil Banerjee. Her recitals echo the true essence of the Dhrupad style that is deep and meditative.

Annapurna Devi stayed away from the limelight all her life. She had dedicated herself completely to the pursuit of excellence through sitar and sharing the same with her students. Her renditions are soulful and divine. Every sitar student should have her recitals on their playlist.

Ravi Shankar is the most celebrated and globally acclaimed sitar player of our time. He was bestowed with the highest civilian award in India – Bharat Ratna. The legacy of Ravi Shankar’s music is an inspiration for musicians from all across the world.

Ravi Shankar trained under the tutelage of Allauddin Khan. He learned to play sitar and surbahar in Dhrupad, Dhamar, and Khayal styles. He collaborated with many other music virtuosos from India and across the world. Sitar students will benefit profusely by listening to Ravi Shankar’s recitals.

Ustad Vilayat Khan had worked towards rendering ‘gayaki ang’ (sound like human voice) to sitar – contributing towards a goal that was initiated by his grandfather Imdad Khan and father Enayat Khan. His interpretation of basic Ragas such as Yaman, Shree, Todi, Darbari, and Bhairavi remain as a benchmark for the practitioners of Hindustani classical music. His improvisations and renditions of the Ragas, his unique style of plucking the strings that made it sound like the sitar was singing, and his compositions have created a benchmark that is yet to be touched by any other musician.

Ustad Vilayat Khan’s recitals must be heard by every classical music practitioner, irrespective of whether they are vocalists or instrumentalists.

Having trained under the tutelage of Allaudin Khan, Pandit Nikhil Banerjee’s recitals echo the essence of Maihar Gharana. Banerjee’s recitals are layered with depth of emotion and spirituality. His interpretations are impeccably traditional though he created two new ragas. There is much more to learn from Pandit Nikhil Banerjee than just the melodic interpretations. His dedication for practice, humbleness and respect for his Guru are attributes that every student should try to inculcate. Students should have him on their playlist. They should observe the detailing in his recitals and the depth of his devotion towards his skill.

Ustad Rias Khan is a torch bearer from the Mewati Gharana. Born and brought up in India, Rias Khan relocated to Pakistan at a later stage of life. There, he has been bestowed with the highest civilian award – Sitara-i-Imtiaz.

He has collaborated with several musical maestros from India and all over the world to create benchmarks in his domain of expertise. Students of classical music must listen to Rias Khan’s recitals. It would be extremely inspiring apart from giving a depth of insight into Hindustani classical music in general.

An exponent of the Imdadkhani gharana, Pandit Budhaditya Mukherjee has contributed majorly to surbahar (bass sitar). He was initiated into the musical journey by his father and one of the senior students of Vilayat Khan. He is known for his unmatched speed and innovative improvisations. Listening to his recitals will give you clarity on the notes and improvisations.

As we have mentioned before, listening to music is as much a part of self-practice as playing sitar. Just like you practice playing the sitar for a few hours every day, you should set aside time for listening to recitals by good sitar players as well. The more you listen to good music from the best sitar players and learn about their journey, the more you benefit as a student. Students can even indulge themselves in the Hindustani music courses online, paying attention to each musical note just like they would while singing along with playing the instrument.

I hope you find this article informative. Do share your opinion with us in the comments below.