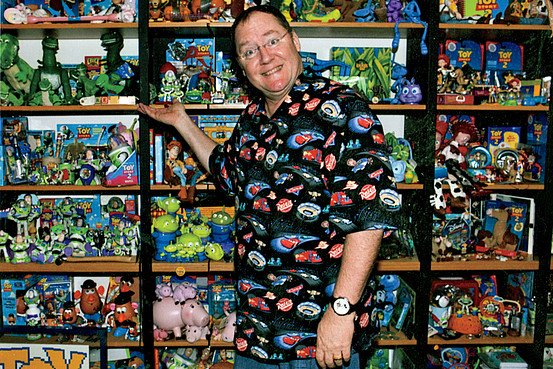 One of Disney-Pixar’s most successful creative individuals, John Lasseter, has teamed up with Skydance Animation to produce “Luck,” an animated movie with a female lead, beautiful visuals, and a creative plot. Moviegoers both young and old will find something to love about “Luck,” and many will identify with the main character’s struggles.

John Lasseter has worked on some of the world’s most popular animated films, including “Toy Story,” “Toy Story 2,” “Finding Nemo,” “The Incredibles,” “Cars,” “Cars 2,” “Ratatouille,” “Tinker Bell,” and more. He is now applying his creative talents to up-and-coming films like “Luck” as an animation director and producer for Skydance Animation, a fast-moving media production company specializing in animated feature-length movies.

The animated film “Luck” is about a young woman named Sam Greenfield, who seems to be the unluckiest person on the planet. Sam was orphaned by her parents and when she turned 18, she moved out and started living independently.

One evening, she encounters an odd-looking black cat named Bob in an alleyway and offers him some of her food. Later that night, she finds a lucky penny and plans to give it to her friend who collects lucky things in hopes of being adopted. While Sam is holding onto the penny for her friend, she notices that her luck gets better. Not that much better though, because Sam soon loses the penny in the toilet.

Sam encounters Bob again and tells him about finding – and then losing – the penny. Surprisingly, Bob is quite upset about the penny, and Sam learns that he is the penny’s original owner. If he doesn’t find it fast, there will be trouble. Bob leads Sam through a secret entrance to a different world known as the Land of Luck, where a team of leprechauns make good luck “nuggets” that get sent randomly throughout the world.

Throughout the story, Sam – and viewers – learn important lessons about luck, friendship, loyalty, and why failure might not always be as bad as it initially seems.

Be sure to stay for the ending credits where you can find secret good luck charms!

An all-star cast has come together to voice the beloved characters in “Luck,” with British actor Simon Pegg voicing Bob and Eva Noblezada voicing Sam Greenfield. Whoopi Goldberg, Jane Fonda, Flula Borg, and others also join the cast for a wacky good time. Paired with stunning animated graphics, the superb voice acting in this film makes for memorable characters sure to be enjoyed by all.

“Luck” comes highly recommended for families with young children. Viewers of all ages are entertained by the rich animation and witty writing, and the talented cast makes the movie a blast. Audiences have enjoyed the lighthearted plot and also found the characters relatable to issues they may have been struggling with in their own lives. Pretty much any viewer will be able to learn something valuable to apply to their lives by the end of the film.

John Lasseter and Skydance Animation have joined streaming services by offering “Luck” only for Apple TV+. Now, moviegoers can enjoy one of the favorite animated films of 2022 right in the comfort of their own home, without worrying about any kids you might have to bring into a theater. Instead of fighting with the group to be quiet or sit still so as not to disturb other patrons in the theater, home viewing means everyone can now feel free to move, fidget, make noise, and get drinks and snacks anytime they want.

So go ahead and pause the movie for bathroom breaks or to refill your popcorn instead of tripping over other patrons in the dark and trying to figure out when is the most convenient time to step out. Snuggle up in your PJs – you also don’t have to deal with parking or driving home from the theater 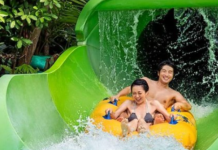 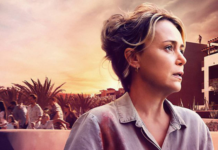 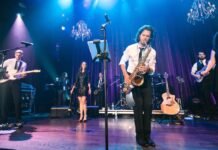